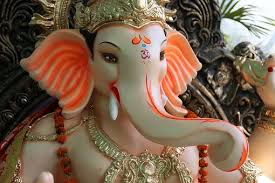 Hindu philosophy has shed light on the understanding of many aspects of our being.
Essentially, we are infinite, but in order to understand and worship the Infinity within us (/Supreme Consciousness/Supreme Self Atman... or God), we need to assign him certain characteristics... because it is difficult for our minds to relate to Infinite (/God) without any attribute.

Etymology and other names

The word "Ganesha" consists of the words : "gana" and "isha". "Gana" designates all beings who have names and forms, and "isha" means gentleman, master or master.

Ganesha is also recognized by many other names and epithets, ganaoti and Vighneshvara being two of the best known. Often before names is added the Shri formula used to show respect or worship.

Ganesha is that facet of infinity that manifests the energy and attributes specific to the first center of force - Muladhara Chakra and identification with the subtle earth element.
These include:

In India, Ganesha is invoked for the removal of obstacles, as well as at the beginning of all more important actions, for obtaining paranormal powers and the ability to discriminate.

Many of the spiritual rituals in the Hindu tradition begin with ganesha's invocation.

In the tantric tradition, Ganesha is considered to protect and guide sexual relations, orienting them in a spiritual sense.

By identification with Ganesha, the human being can alchemize the inferior tendencies of the ego (orgolia, pride, vanity, selfishness, anger, arrogance, etc.)

Ganesha is represented in the form of a small man of stature, with a large, round abdomen, four arms and one-cornered elephant head.
In three of his hands he holds a safe(ankush),asashand sometimes a clam. In some representations, the fourth hand makes a gesture of granting its divine favors, but most often holds a ladhu- a chickpea cake. His eyes shine like two precious stones.
His vehicle is a rat - a former demon (representation of inferior passions) that he defeated and then accepted as a vehicle.

There are several esoteric explanations for the elephant head. An elephant is strong, but always calm.
It is one of the few self-aware animals that even has funeral rituals. Despite his strength, he's a vegetarian.

is a novel tool. With her help, Ganesha removes obstacles in the way of the aspirant. Its orientation to the left, to the right or central is symbolic in relation to the three main subtle energy channels: Ida Nadi, Pingala Nadi and Sushumna Nadi, respectively.
When lifted into the air, it signifies kundalini's ascension and establishment to Sahashrara's level.
In the tantric tradition, the elephant's trunk and sensual mouth are connected to the male and female sexual organs.

from Ganesha's traditional representations, it is said that he was originally the demon of vanity and impertinence and that he was defeated by the god. Moreover, many legends of various demons banished or defeated by Ganesha circulate in the Hindu tradition.

In connection with Ganesha's prominent abdomen there is a legend

Odta, the God of Wealth Kubera invited the divine couple Shiva - Shakti to dinner, to take pride in his well-being. They did not honor Kubera's invitation, but instead they sent their son Ganesha, telling Kubera to feed him as best he could.
Kubera laughed, saying, "I can feed a lot of kids like this!"
Ganesha, who arrived in the palace, sat calmly at the table and began to eat. He ate all the food on the table first. Then he began to eat various objects around the house, the furniture, preparing to eat even the palace.

Kubera freaked out, but Ganesha cheerfully said to him, "You promised my parents that you would feed me. Now I'm going to have to eat you too."

Kubera ran away and asked Shiva for help. He gave her a handful of rice and told her to give it to Ganesha with humility. Kubera's back. Meanwhile, Ganesha's stomach had become gigantic, but he had not lost his mood. When Kubera humbled him a cup of rice, his hunger was finally quenched.

Ganesha is also believed to be represented in this way because she carries Brahmanda (the cosmic egg) in her womb.

However, it is good to remember that these are only symbols, which help us to understand more easily this facet of the Infinity within us.

In Shiva Purana it is said that one day, Parvati, as he was preparing to take a bath, found that the guard of his apartments was missing. He then took some of the soap off his body, shaped a baby shape and breathed into it vital force, prana. This child was commissioned to be his guardian and instructed him not to let anyone into his palace. The child-guard respected what his mother had told him and sat outside with the scepter in his hand. Just then, Shiva (the master of the event) decided to visit his beloved wife, Parvati, and came to the palace.

As the little guard prevented him from entering, Shiva became angry and threatened the boy, but he was adamant.

Shiva was angered by the boy's disrespect and cut off his head with his trident. When the Divine Mother found out what had happened, she became very sad and asked Shiva to give her life back.
Shiva told him that he could not withdraw his decision, but that he could repair the damage in another way. He set out in search of the first child who does not sleep in his mother's arms to cut off his head and stick him to his lifeless body. It was night and all the mothers were sleeping holding their children tightly in their arms, which is why Shiva couldn't take any baby heads. But he saw a baby elephant sleeping with his mother, back to back, and decided to use the opportunity. So he took the baby elephant's head and glued it to the baby guard's body, bringing it back to life.
Shiva gave the child the name of Ganaoti, the leader of his troops, and decided to offer Grace and help to those who adore Ganesha before taking any more important action.

Shiva was the sole master of gods, sub-gods, people, demons, ghosts, spirits and all other existing beings. But because he was permanently in the state of divine ecstasy (samadhi), the gods and other beings found it very difficult to communicate with him. Whenever they were in trouble, they had to spend hours singing hymns and praying for Shiva to listen to them. That's why the gana felt the need for another leader, who would be easier to call for problem solving.

They came to Brahma with this problem, but he could not solve it, so he asked Vishnu for help in convincing Shiva to establish a new Ganaoti (leader of the gana). Vishnu suggested that they choose one of Shiva's two sons: Kartikeya (also known as Subramaniyam) or Lambodar (Fat Ganesha). To find out which of the two deserved the title of Ganesha, the gods and sub-gods decided to organize a contest. On the appointed day, everyone came to witness the contest, where Vishnu was a judge. Shiva and Parvati were also present, seated in the center. At the appointed time, Vishnu announced the contest. The two brothers were to circle the Universe, the first arrival to be named Ganesha, master of all gana.

After the challenge was announced, Kartikeya flew into space, on his ultra-fast peacock, to travel the Universe as quickly as possible. During this time, Ganesha remained seated on his rat without moving. Vishnu, seeing him stay, told him to hurry. At Vishnu's insistence of entering the contest immediately, Ganesha smiled, laid his respects at the feet of his father and mother (Shiva and Shakti - Parvati), then humbly greeted the other gods and sub-gods and finally took off on his rat. But they were all beset when they saw that instead of heading for outer space, Ganesha flew around Shiva and Parvati. After surrounding Shiva and Shakti in this way, Ganesha returned to the starting point, knelt before his parents and declared: "I have accomplished my task. We've circled the entire universe." "That's not true!" exclaimed the gods and sub-gods. "You haven't been anywhere. You're a slacker."

Ganesha then addressed Vishnu, with his hands clasped: "I know that you understand the significance of my way of acting, but for others to understand, I will say the following: I have fulfilled my task of going around the Universe, because all this phenomenal world of numbers and forms is but a manifestation of the Divine Mother and my Divine Father. They are the source of everything that exists. I have turned to the source, which is the Truth, the essence of all existence and all phenomena. I know that this world is an ocean of relative existence, that it is illusory and that it makes no sense to give up the Ultimate Truth to go around the illusion. My brother still circles this universe. When it reaches the Truth, it will be the same Truth that is Unique and in relation to which all the rest is illusion, including you and me."

His listeners were amazed and delighted by his wisdom. Applauding his authentic thinking, they accepted fat Ganesha as their patron. While Vishnu put the victory sign (tilak) on the elephant-headed Ganesha's forehead, Kartikeya returned tired from his journey around the world. He got angry and challenged Ganesha's victory. The gods then told Kartikeya about his subtlety and wisdom and said, "You have turned to matter, which is illusory; you went around the phenomenal world and that's why you couldn't directly perceive the Ultimate Truth. He's the source. The phenomenal world is Mayan (illusion)."
Kartikeya realized then that he had been tricked by the Maya (cosmic illusion). Thus, all his effort had been meaningless, because he had run for a mirage. Kartikeya had behaved like all the other mortals who take the world of names and forms as reality and thus fall into the trap of the Mayan. He accepted his defeat, and the title "Ganesha" was given to the one whose wisdom went beyond material existence.

Celebrating the Infinity in Us through Ganesha. Methods to achieve spiritual and material prosperity. Leadership.
Acharya Leonard
TODAY, August 22, in India (and in Europe now 🙂 ), for ten days is celebrated that facet of Infinity that manifests, among many others, perseverance, realized power, spiritual and material prosperity, spontaneous and authentic leadership- Ganesha. Ganesha is an important pillar of spirituality in the middle of life, an essential goal in Abheda Yoga. […]
Citeste mai mult 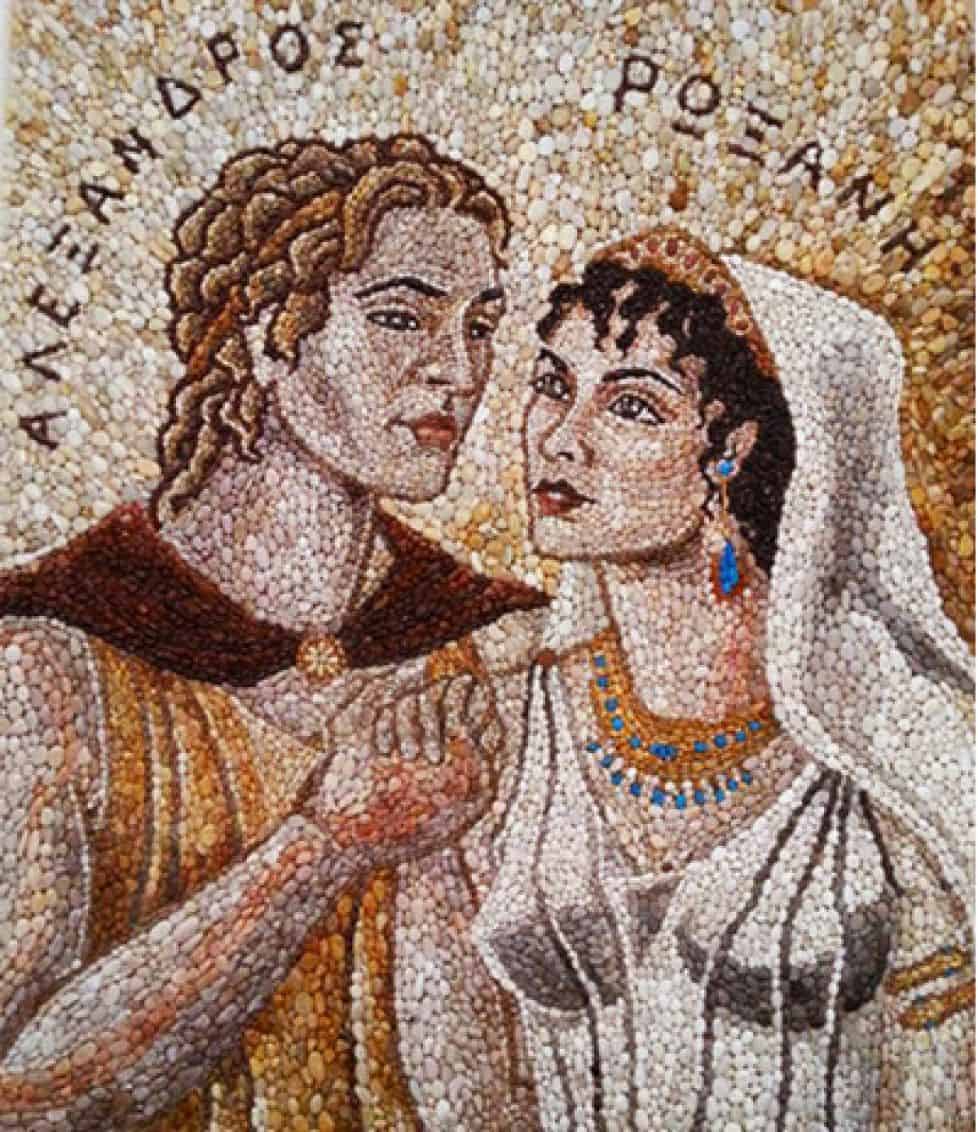 Alexander the Great, Ganesha's strength and Gordian knot
Acharya Leonard
Breaking the Gordian knot is a misserious expression if you don't know its origin. It is used in the case of confrontation with an extremely complicated problem, which apparently has no solution. But only apparently, because we have to look at the problem from many points of view to understand its solution. It's a legend […]
Citeste mai mult