Some people are misunderstood, illogical and selfish: Love them and so on! If you do well, people may blame you for hidden and selfish interests: Do good! If you are a successful man, you will have fake friends and real enemies: Still be a successful man! The good you do today can be forgotten tomorrow, Do the good though! Honesty can make you vulnerable: Still be honest! The biggest people, with the greatest ideas, can be knocked down by the smallest people and What is the connection between humanism and Luciferianism?
Acharya Leonard
No Comments

"We're human, aren't we" we sometimes hear, in order to justify the understanding of human limits, which would be, in the view of those persons, always finite. Or, the authentic spiritual paths and the science of consciousness, Abheda, recognizes the fact that man evolves as consciousness to make the transition of ignorance to Knowledge, from […]

Read More
Did you know that we can heal through Love Therapy?
Acharya Leonard
No Comments

Love is a universe language! Her pulsation is felt beyond words, and envelops us with her beneficent warmth. Every day we have proof that love can work wonders, in terms of mental, emotional and physical state, and the discoveries in the medical world confirm this: the people who give and receive love are happier, and healthier. Happiness prolongs the life span, removes stress and fatigue, shortens the period of wound healing,

Kymatica is an exceptional documentary film (2009) that focuses on the human and universal aspects of consciousness, and which goes deeper analyzing reality from a metaphysical point of view. What we are living now is a disease of the psyche that mankind has induced, a disease that creates the crazy illusion that is the main cause of pain and suffering. This film discusses metaphysical aspects in depth and connects ancient myths and historical facts with modern methods in society and politics 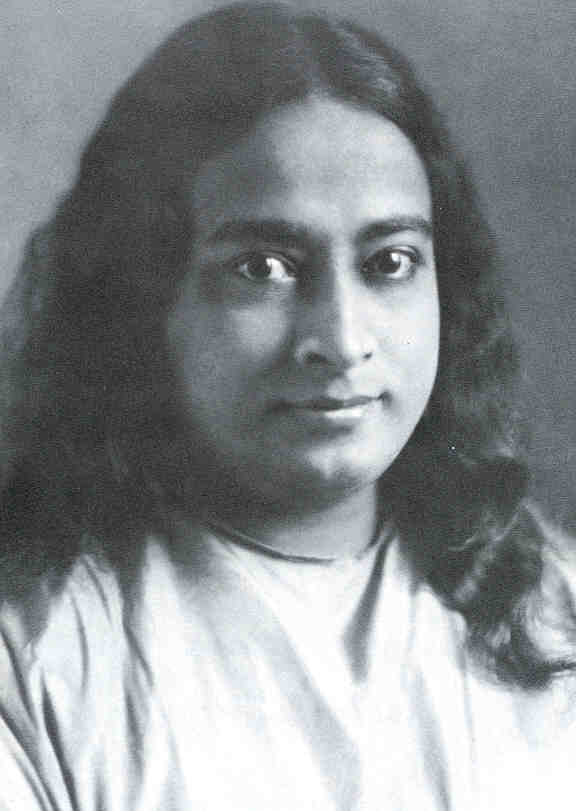 A beautiful film that touches your heart, without having to wait for it to end, because it is really interesting and inspiring:

you "want to get started" in yoga!

In few words we find out not what is beautiful in having children - this is already savored by all those who wanted and managed to become parents... here the poet speaks, however, of the usual mistakes that parents tend to make... out of love, not otherwise. 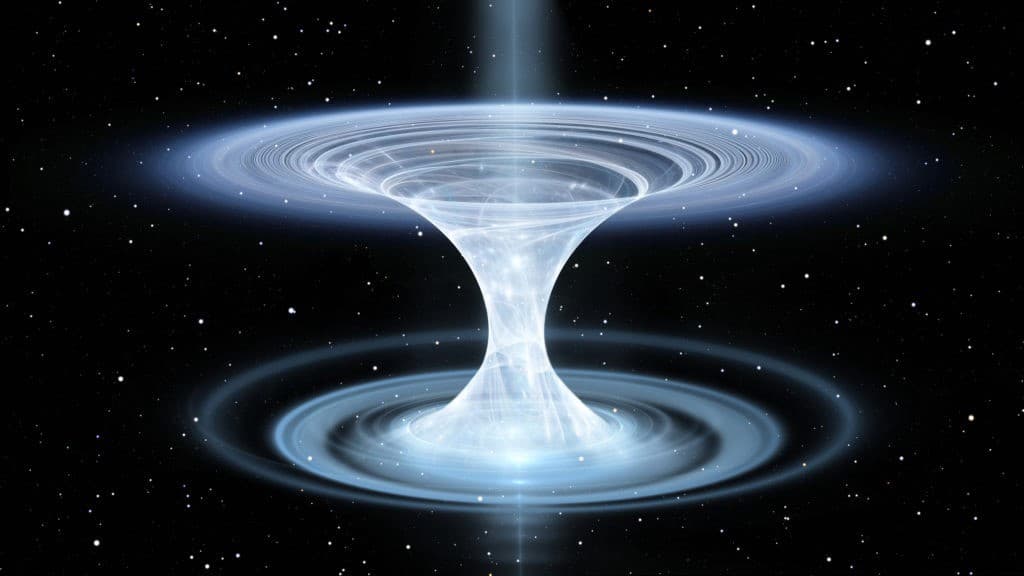 With the original title "The White Hole in Time", "The White Hole in Time" is a documentary film made by director Peter Russel, who claims that we are on the verge of a major leap in evolution. This step is as significant as the appearance of life, and its essence is spiritual development. What's more, Peter Russel says that this is the only way we're going to be able to get through the global crises we're facing. In this microsecond of cosmic history there is something fascinating 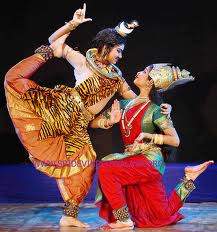 Natyashastra is the oldest treatise belonging to Ancient India, which refers to art, encompassing theatre, dance and music. It was written approximately between 200 BC and 200 B.C., and its elaboration is attributed to the great playwright of ancient India, Bharata. Through this complex work, Bharata describes in detail the Indian theatrical art, and its collateral aspects: music, scenography, dance, costumes and makeup, virtually every aspect of the staging of a theatrical play 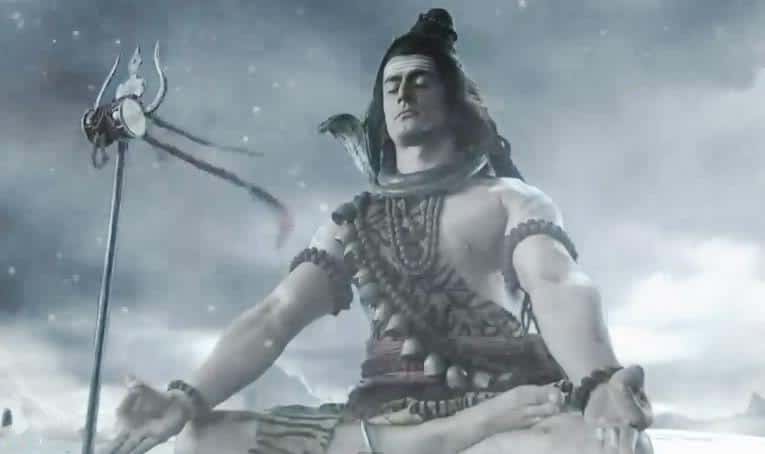 Shiva Tandava Stotram - the film and the sutras in transliteration, devanagari and English)
Acharya Leonard
No Comments

Shiva Tandava Stotram is a Hindu hymn that describes the power and beauty of Shiva. It is traditionally attributed to Ravan, the Asura king of Lanka and the devotee of Shiva. When Ravan was tired of taking revenge on earth, he returned to Shiva to demand  deliverance from the bondage of endless rebirth. Shiva replied […] 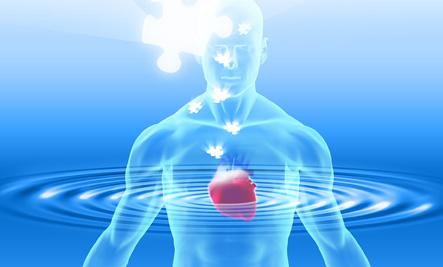 Mysteries of the heart
Acharya Leonard
No Comments

The heart generates the most powerful electromagnetic field produced by the human body. Recent research has analyzed the spectrum of this field produced by the heart, and the results show that information such as emotions is encoded in this field. So, by changing our own emotions, we also change the information that is contained in the electromagnetic field of the heart. This fact produces changes outside of us, in the reality around us, because we are all interconnected. When we feel emotions 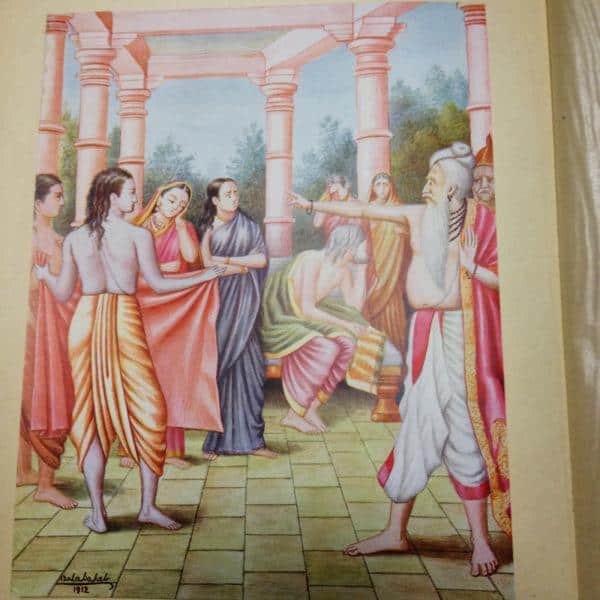 Vasishtha was one of the famous Vedic sages of Hinduism. He is one of the seven great Rishis of India. Vasishtha is considered the main author of the 7th Mandala (books) of the Rigveda, being mentioned both he and his family in the 4th book of Rigvedic verse, as well as in many other […]

Cha Dao, or The Way of Tea is a short documentary that presents us with an ancient tradition rooted in peace, tranquility, and meditation. Even the samurai when they were preparing for war were taking the time to enjoy a cup of matcha, a high-quality green tea powder. What can we learn today from these ancient practices?

Deva Premal was born in 1970 in Nuremberg, Germany and grew up in a family with musical and spiritual preoccupations. In the home of his childhood there were no chairs or television, all the family members were vegetarians and meditation was an everyday practice. Under these atypical conditions, Deva showed an early predisposition for a life lived in inner and conscious freedom. Piano and violin lessons as well as the many moments when she sings mantras with her father have facilitated her 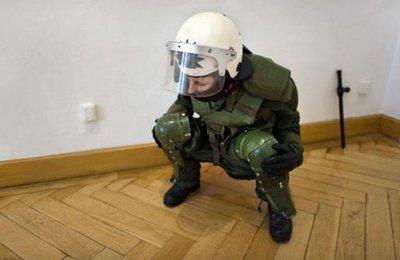 Why is modern art flawed?
Acharya Leonard
No Comments

For almost two thousand years, great artists have set the standards for beauty. Great masters such as Leonardo, Rembrand or Michelangelo, have produced works of art that have inspired and delighted our senses, being demanding with themselves and bringing their own contribution to their creations, creations that have constantly stood at standards of excellence, thus improving the work of their predecessors. In today's world, these standards have disappeared. 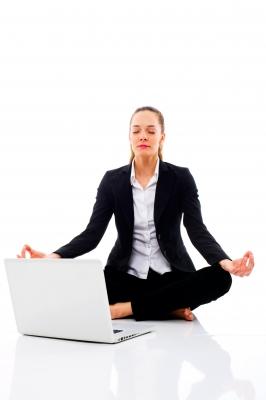 Yoga at a click away!
Acharya Leonard
No Comments

Given the fact that we have already entered the informational age, we will have to adapt as quickly as possible to the requirements of this era, in which education of any kind, various courses, seminars and other training methods will move to virtual online platforms. What does this mean, for those who want to learn […]

Read More
The power of influencing thoughts, proven in a unique experiment!
Acharya Leonard
No Comments

Dr. Masaru Emoto is well known worldwide for his experiences related to the study of the molecular structure of water, under the influence of human consciousness. Unfortunately, he passed away recently, in October 2014, at the age of 71. His ideas have been exhibited in several books, his first book being "Messages Hidden in water", […]

Following his promise to promote India's therapeutic traditions, the country's Prime Minister Narendra Modi this week created a ministry dedicated exclusively to yoga and alternative therapies. News agencies report that the AAYUSH ministry will include traditional Indiana medicine – Ayurveda, yoga, naturopathy, unani, siddha and traditional homeopathy. At the head of this ministry was appointed […]

One of the most ambitious and exciting theories ever proposed – which could be the much-sought-after "theory about everything", which escaped even Einstein – is masterfully explained by physicist Brian Greene, aided by state-of-the-art computer graphics animations. Also known as the theory of superstrings, the basic idea of the documentary proposes as fundamental ingredients of nature some tiny strings (strings) of energy, whose states differ

Read More
The power of a good deed!
Acharya Leonard
No Comments

How many times do we go through life, besides people and situations, in a totally indifferent way, without being a little attentive to what surrounds us? Someone said that contentment in life comes from the little things, seemingly unimportant. We don't have to be rich, famous or successful in order to feel fulfilled inside. All we need is an open, loving and compassionate heart, and the rest will follow. What if we lived in a world where people were more sensitive 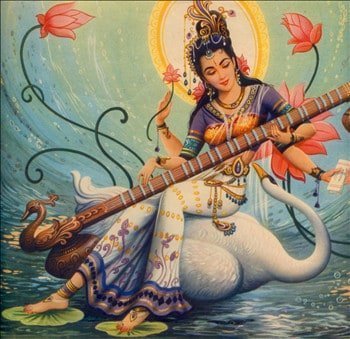 From the secrets of Indian music
Acharya Leonard
No Comments

The origins of Indian music can be found in the Vedas, the oldest writings of the Hindu tradition. Sama Veda whose name comes from the Sanskrit language (where Shaman means melody means melody and Veda means knowledge) represents the third of the four Vedas, along with the Rig Veda, Yajur Veda and Atharva Veda. Sama Veda is made up of a collection (Samhita) of sacred hymns, initially intended for sacrificial rituals and ceremonies to different Hindu deities. The oldest treatise of ancient India

Read More
Raise your eyes – a movie dedicated to the online generation!
Acharya Leonard
No Comments

We live in a world that is becoming more and more absent in the real world and more and more present "online" in the virtual universe. From a spiritual point of view, this fact represents an even more accentuated deepening in the julius, a new, more refined level of illusion. When we are online, we feel connected with others in the network, and even though we have 422 friends, as the one who made this film tells us, we are still alone, completely absorbed by the fascinating power of the small screen of the mo phone

What is the connection between the mysterious circles that appeared overnight in fields around the world and the Mayan civilization? What do all these symbols mean, which many people and more and more scholars are beginning to believe represent a structured system of codes, covering vast historical and even spatial intervals? This documentary film, made by Jaime Maussan, the moderator of a show about UFOs broadcast on Mexican television, shows us

Read More
Weightless, the most relaxing song in the world!
Acharya Leonard
No Comments

It is well known that we are often stressed and tense because of the tyrannical activity of our brain that dictates everything that happens in our bodies and that is solely responsible for these states that we experience, often without real external causes. Simply put, if we do not enter into a dispute over the nature of the self, we are the ones responsible for the impossibility of being present and not letting ourselves be carried unconsciously by the connected

Read More
"The Tibetan Book of the Dead: A Way of Life" - documentary film
Acharya Leonard
No Comments

The documentary film "The Tibetan Book of the Dead" was made by Barrie McLean, having as information the book with the same title, Bardo Thödol, or The Tibetan Book of the Dead. This is an esoteric, strange, profound, disturbing text, but which we would be tempted to label, according to our Western culture, as lacking in credibility and boundless boldness. However, to the extent that it has penetrated so far to us, through translations in widely circulated languages, but I